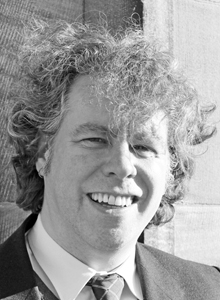 Alexander Sedlmaier works on contemporary German, European and North American history. He has been teaching at Bangor University since September 2007. Between 2017 and 2019 he was Marie Skłodowska-Curie Research Fellow at the Institute for Social Movements at Ruhr-University Bochum (see project reporting). Between 2003 and 2007 he was the AF Thompson Fellow and Tutor in Modern History at Wadham College, Oxford. Before coming to the UK, he worked as a researcher and lecturer at the Department of History at Technische Universität Berlin, where he obtained his doctorate in 2000.

Alexander Sedlmaier is interested in the history of protest, social movements, war, and political violence:

Marie Skłodowska-Curie Fellowship hosted by the Institute for Social Movements, Ruhr-Universität Bochum: The Continuation of Politics with Other Means: War and Protest, 1914−2011. The project extended from 2017-2019 (https://cordis.europa.eu/project/rcn/208937/reporting/en?rcn=394339&WT.mc_id=RSS-Feed&WT.rss_f=result&WT.rss_a=394339&WT.rss_ev=a).