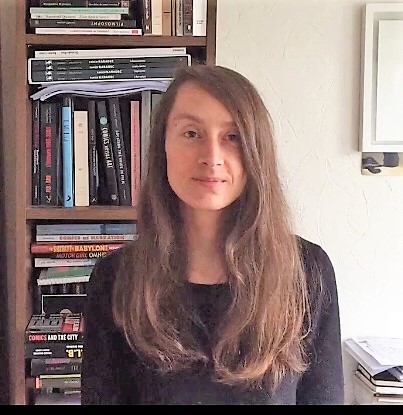 Dr Armelle Blin-Rolland's research specialisms include: French and Francophone ecocriticism and environmental humanities; text/image and bande dessinée studies; and adaptation and intermediality. She has published articles on these areas in journals including European Comic Art, Modern Languages Open, Modern and Contemporary France, Studies in Comics and Studies in French Cinema. She is the author of Adapted Voices: Transpositions of Céline’s ‘Voyage au bout de la nuit’ and Queneau’s ‘Zazie dans le métro’ (Oxford: Legenda, 2015). She has co-edited a special issue of European Comic Art on ‘Comics & Adaptation’ (stemming from a conference she co-organised at the University Leicester), and a special issue of Studies in Comics on ‘Comics & Nation’ (also stemming from a conference she co-organised, at Bangor University). She is review co-editor for European Comic Art.

Her current research project is entitled 'Narratives of a More-than-human France, 1945 to Today: Space, Environment, Resistance' and is funded by a British Academy/Leverhulme Small Grant. It investigates the relationship between narrative, space and the environment in France since 1945, with a focus on ‘hyper-sites’ (nuclear sites, factory farms, industrial slaughterhouses, zoos, toxic landscapes). It aims to analyse the cultural narratives and spatial dynamics that have shaped relationships to the nonhuman in contemporary France, and modes of resistance against anthropocentric, gendered, (neo-)colonial, nationalistic and capitalist divisions of space. The corpus comprises a range of media, as well as scientific writings, direct action, political discourse and material sites. The project develops a French ecocriticism that questions what ‘French’ means from multispecies, ecofeminist and eco-decolonial perspectives, in exposing and contesting environmentally unjust narratives, and promoting modes of understanding and sharing territory as more-than-human. Beyond the French context, this leads to a consideration of the role of Modern Languages in collective action towards sustainability. As part of this project, she is co-organising an International Online Conference on 'Greening Modern Languages Research and Teaching' (24th-25th March 2023; see https://www.ecomodlang.com/), and an online seminar series entitled ‘Récits des vivants / More-than-human Narratives’, which will run in 2023, and during which artists and activists will discuss ways in which their work explores environmental and animal issues. Click here for details of the first seminar.