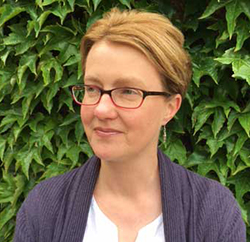 Professor Carol Tully is Professor of German at Bangor University. She studied German and Spanish at Strathclyde and completed her doctorate at Queen Mary London. She has since established an international reputation as a scholar in the area of European cultural exchange in the nineteenth century with a primary focus in Germany and Spain. She has published a number of books, scholarly editions, translations and journal articles. She continues to be an active researcher and postgraduate supervisor and is the principle investigator on the AHRC-funded projects European Travellers to Wales 1750-2010 (etw.bangor.ac.uk) and Travellers to Wales (footsteps.bangor.ac.uk). She was elected a Fellow of the Learned Society of Wales in 2016.

Professor Tully was Head of the School of Modern Languages and Cultures at Bangor for six years and also Deputy Head of the College of Arts and Humanities. She was Pro-Vice Chancellor (Students) from 2011 to 2020. She has been active in a number of subject associations, in particular as Welsh representative on the University Council for Modern Languages, and the founding Chair of the Steering Group for Routes into Languages Cymru. She has fulfilled a number of roles for the AHRC and was a member of the AHRC Modern Languages Advisory Board.

I supervise / co-supervise the following students:

Sarah Goddard, working on the interface in travel writing between Wales, Brittany and Galicia.

I am currently working on two projects:

I was the PI on two inter-related projects, both funded by the AHRC.

I was the principle investigator on the AHRC-funded project European Travellers to Wales (1750-2010). Full details can be found on our website: etw.bangor.ac.uk.

This three year research project investigated the texts of European travellers to Wales in the period 1750-2010. It was a collaboration between myself, Dr Heather Williams from the University of Wales Centre for Advanced Welsh and Celtic Studies in Aberystwyth and Dr Kathryn Jones from Swansea University. We also had a research assistant based in Aberystwyth, Dr Rita Singer, and two PhD students, Anna-Lou Dijkstra and Christina Les.

There are many reasons why Wales has been overlooked in the field of travel writing. Often accounts of travel to Wales are ‘hidden’ in writing about England, and even when travellers and critics have been interested in the Celtic nations, Wales has been neglected in favour of Scotland and Ireland. Building on the existing scholarship concerning English travellers, this project redefined perceptions of Wales by broadening the gaze of travel writing to encompass European travellers and their observations.

The project had the following outcomes: an international conference ‘"Minority" Cultures and Travel’ , September 14-16 2015 at the National Library of Wales, Aberystwyth; a digital database of sources on travellers to Wales; a museum exhibition at Ceredigion Museum, Aberystwyth, Summer 2015, travelling to other locations in Wales, 2015; a special issue on Wales of the academic journal Studies in Travel Writing, Spring 2014; and a co-authored interdisciplinary book, Hidden Texts, Hidden nation: (Re)Discoveries of Wales in the French and German Travel Writing (Liverpool UP, 2020).

The second project, Travellers to Wales, was funded through the AHRC's Follow-on funding for Impact and Engagement call. This saw the creation of a website for modern-day tourists to Wales, footsteps.bangor.ac.uk, making use of the wealth of material discovered during the main ETW project. It was a collaboration between Bangor (Tully, Singer), CAWCS (Williams), the Royal Commission on the Ancient and Historic Monuments of Wales and Visit Wales. The website was launched by the Minister for Tourism, Culture and Sport in May 2018.