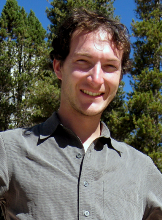 Following up his PhD research, he worked as a research officer in the School of Computer Science at Bangor University where he collaborated on the implementation and validation of ImaGINe-S (Imaging Guided Interventional Needle Simulation), a VR Simulator for Visceral Needle Puncture funded under the Health Technology Devices (HTD) Programme. ImaGINe-S was awarded 2nd place in the Eurographics 2009 Medical Prize “for its innovative use of computer graphics in a complex system that is already far advanced towards clinical use” (see here for a YouTube video to learn more about the simulator).

In late 2008, he joined the APIS team (Analyis of irregular Processes, Images and Signal, applications to biology and medicine) at INRIA Saclay—Île-de-France (the French national research institute in computer science and automation) where he was investigating the use of evolutionary algorithms in tomography for nuclear medicine.

In January 2010, Dr Vidal joined the SuperComputing Online Re-planning Environment (SCORE) project at the Department of Radiation Oncology of the University of California, San Diego (UCSD) where he developped Compton scattering computations on GPU.

In mid-February 2011, he joined the AVIZ (analysis and visualization) team at INRIA Saclay—Île-de-France. He was investigating multimodal visualisation of MRI data.

Dr Vidal was awarded a lectureship position at the School of Computer Science at Bangor University in October 2011. His research area is mainly focussing on computer graphics, visualisation and physically-based simulation, with a strong focus on medical imaging and medical physics (including tomogrphy reconstruction, X-ray imaging, soft tissue modelling).

My research interests include:

Some of my current and most recent past projects: