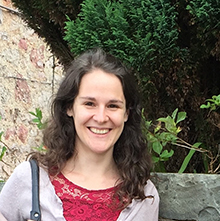 My research and teaching focus on nineteenth-century literature, with particular emphasis on the relationships between literary culture and media, technologies, and infrastructures of communication.

My research and teaching focus on nineteenth-century literature, with particular emphasis on the relationships between literary culture and media, technologies, and infrastructures of communication.

My research focuses on the role and representation of communication media and technologies – especially letters, telegrams, and the postal service – in Victorian and early-twentieth-century writing. I have further research interests in the cultural history of sexual knowledge, in literary constructions of privacy from the Romantic period to the present, and in contemporary responses to and reinventions of the Victorian period. I would be pleased to supervise postgraduate research related to any of these subjects.

I hold an MA (Hons) in English and French (2011) and a PhD in Victorian Literature (2015) from the University of St Andrews. I joined Bangor University in 2016 as a lecturer in nineteenth-century British literature, having previously taught at St Andrews and for the Scottish Universities' International Summer School based at Edinburgh University.

I'm currently the principal editor of a four-volume source book on nineteenth-century communication culture, forthcoming with Routledge. Nineteenth-Century Communications: A Documentary History, 1780-1918 seeks to help researchers navigate the overwhelming wealth of materials related to the development of communications and their political, economic, social, and cultural impacts. This research is supported by the British Academy and the Leverhulme Trust with a small grant.

I am also writing a book on poetic responses - in Welsh and English - to the transformation of the nineteenth-century postal service, exploring how literary culture made sense - and helped to shape - the experience of living in a networked world.

Building on my interest in communications, my research also explores the infrastructures (especially roads and bridges) that underpinned the increasingly faster transmission of messages. In particular, I have been working on the cultural reception in Welsh and English of the two bridges over the Menai. This research forms the beginning of a new project that takes a four nations approach to exploring the connections between the nineteenth-century bildungsroman and other discourses of development.

My first monograph, Thomas Hardy and Victorian Communication, was published by Palgrave in 2016. Related research on epistolary elements of novels and stories by Charlotte Brontë, Charles Dickens, Elizabeth Gaskell, Thomas Hardy, and Anthony Trollope has been published in Brontë Studies, Victorian Literature and Culture and Victorian Review, as well as in edited collections.

I have also written on the ways in which the plots and narrative form of literary texts refract changing attitudes toward sexual knowledge during the Victorian period. An essay about the significance of handwriting in Victorian fiction, periodicals, and graphology manuals has appeared in an edited collection about Judgement in the Victorian Age.

I convene the following modules:

Year One:
QXE-1014: The Gothic in Literature/Film

I have supervised undergraduate and MA dissertations on Victorian and Neo-Victorian literature and am supervising PhD research on nineteenth-century literary and publishing networks and Welsh Writing in English.