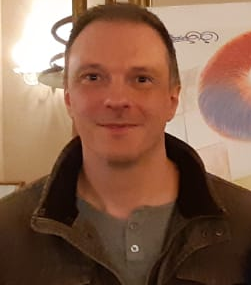 My Research focuses on bi- and multi-lingualism, both from a mentalist/representational* perspective as well as from a sociolingusitic and comparative perspective.

Within a representational perspective, I have worked on Bilingual First Language Acquisition, particularly in relation to syntactic and phonological transfer effects in simultaneous bilinguals, but also on the acquisition and organisation of lexical properties, the nature of paradigms and of the mechanisms underlying lexical organisation (including the mapping of cross-modular information in the lexicon) and on lexical and phonological development in typically developing children and in children with SLI.

I also work on the more social and comparative aspects of bilingual development, particularly on regional and minority languages (language policy and maintenance), on issues of language diversity (the measurement of linguistic attitudes), and the diglossic/bilingual communities of Italy, but also on measuring phonetic distance in linguistic continua, and on the measurement and application of intelligibility rates as a criterion of demarcation between 'regional languages' and 'regional dialects'.

I am currently director of the International Research Network on Contested Languages.

*This approach to linguistics would often be called “cognitive” (with a small “c”) in the sense of “pertaining to the mind”, as it deals with linguistic knowledge and its mental representation, but the term is now less common due to it having become increasingly associated with the research paradigm known as “Cognitive Linguistics”.

I teach courses on introductory linguistics, phonology, and bilingualism (from a social as well as a psycholinguistic perspective). For details, please consult the current timetable or send me a message.

I welcome enquiries from students interested in pursuing a PhD in the areas of:

I welcome enquiries from students interested in pursuing a PhD in the areas of:
Regional, Minority and Contested languages: linguistic attitudes; assessment of language vitality; intelligibility measurements and quantitative comparison of linguistic traits; intelligibility as a criterion of demarcation.
Bilingual first language acquisition: crosslinguistic interference in the acquisition of syntactic and phonological structures; bilingual acquisition in diglossic contexts.