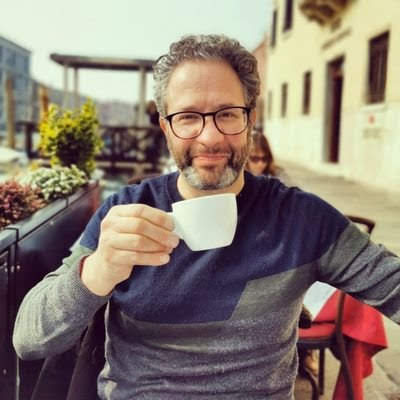 In addition to being a Professor in Film at Bangor University, I am also the lead director for the Centre for Film, Television and Screen Studies. I co-convene the British Jewish Contemporary Cultures network. I lecture, write and broadcast widely (in English and Welsh) on British and American popular culture, history film and intellectual culture. I co-founded Jewish Film and New Media: An International Journal and my most recent books are New Wave, New Hollywood: Reassessment, Recovery, and Legacy (with Greg Frame, Bloomsbury Academic, 2021), The Bloomsbury Companion to Stanley Kubrick (with I.Q. Hunter, Bloomsbury Academic, 2021), Eyes Wide Shut: Stanley Kubrick and the Making of His Final Film (with Robert Kolker, Oxford University Press, 2019), Stanley Kubrick: New York Jewish Intellectual (Rutgers University Press, 2018), Hidden in Plain Sight: Jews and Jewishness in British Film, Television, and Popular Culture (Northwestern University Press, 2016), and The New Jew in Film: Exploring Jewishness and Judaism in Contemporary Cinema (IB Tauris; Rutgers University Press, 2012). In addition to having edited books on Alien (with Greg Frame; forthcoming from Oxford University Press) and Eyes Wide Shut (with Georgina Orgill, forthcoming from Liverpool University Press), I am currently writing a biography of the legendary film director Stanley Kubrick with Robert Kolker to be published by Faber & Faber in 2023. I am also interested in issues of sustainability and the environment, exploring the problem of single-use plastic pollution and its solution.

I have written widely on transatlantic Jewish film, history, politics and popular culture with specific reference to the United States and the United Kingdom. My current research falls into three key areas:

I am co-coordinator of the British Jewish Contemporary Cultures Network

I would be interested in supervising postgraduates in any of the areas in which I teach and research . I currently supervise and co-supervise the following research students:

Previous topics have included, The Planet of Apes as History, Stereotypes of Wales and the Welsh on Film, The Jews of Bangor and Llandudno; The Jewish Diaspora in Wales; Jews in Italian Cinema; and Washing/Clotheslines on Film.

I teach the MA in Film Studies. I am also responsible for the following undergraduate modules:

Sustainability and the Environment