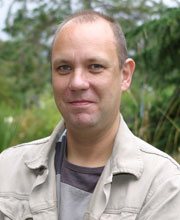 Position: Reader and Head of School

Position: Reader and Head of School

Dr Shapely graduated with a first class degree in politics and modern history from Salford University in 1990. He then worked as a Research Assistant for Professor Alan Kidd on a series of relational databases which plotted the size and scale of the voluntary sector across nineteenth century Manchester and Salford. He joined the School in 1998 as a lecturer in modern and contemporary British history.  His initial research interests included urban history, voluntarism and governance in the nineteenth century. More recently, his research has focused on decision-making, governance and policy in twentieth century Britain.

Liz is looking at women, feminism and politics in 1970s Britain. Focusing on key pieces of legislation she looks at the competing political, social and economic challenges and shifts in the decision-making process.

Judith is working on educational provision for poor girls in nineteenth century Liverpool and Birkenhead. She is assessing the impact of legislation on the level of provision and on the type of education provided.

Penny’s research looks at the architectural profession in the early to mid-nineteenth century. Using Joseph Hansom as a case study, she is analysing the importance of patronage and the impact of social, economic and political change on the emerging profession.

Governance and Exclusion: Inner City Britain, 1957-1981.
Source: AHRC Fellowship
This project looks at state responses to urban deprivation during 1967-1978. From the mid-1960s the ‘rediscovery’ of poverty began to concern policy makers. A series of government initiatives were introduced by both Labour and Conservative governments, including the Community Development Project, the Education Priority Areas, the Six Towns Studies, the Neighbourhood Scheme and the Comprehensive Communities Programme. Each was a pilot project designed to provide both social action in deprived communities and to look at the causes of deprivation through parallel research project. By 1978, however, solutions to urban deprivation were shifting from an emphasis on social programmes to an approach that was driven by economic regeneration.
This research will eventually be published in a monograph by Ashgate. In addition, the research project looked at racism and the growing urban unrest from the mid-1960s through to the 1981 riots. This work will be published in a separate article.

Public and Private Sector Partnerships and the Emergence of the Entrepreneurial City: Historical Strategies in the Development of Policy in Liverpool, Manchester, Newcastle and Birmingham, 1945-1974.
Source: British Academy
This project focused on urban governance since 1945. It was divided into three key areas. First, it looked at the role of local government and the concept of the entrepreneurial city. This focused on how local authorities developed their role in promoting their towns and cities. Second, it looked at the relationship with the private sector and the strategies that evolved in supporting and attracting private capital from the 1950s. Third, it re-visited the concept of civic pride as an expression of local aspirations and as a form of symbolic power. It led to three publications in Twentieth Century British History, the International Journal of Urban and Regional Research and Urban History.

Power, Policy and Consumers
Source: British Academy Grant
This research developed the work of the previous housing project. It focused on the decision-making process, urban governance and tenants. It looked at aspects of the politics of social housing in the Manchester region, but in a national context, across the twentieth century. This led to a series of articles in journals with an international profile (Social History) and a second monograph, Power, Policy and Consumers: Urban Culture and the Politics of Twentieth Century Housing, published in October 2007 with Manchester University Press. Other published work included ‘Social housing and tenant participation’ through the History and Policy web site on  (April 2008), and ‘The housing crisis,’ published in BBC History Magazine (April 2008). More recently, it led to publications in Planning Perspectives and an invitation to write the ‘Introduction’ to the Skeffington Report as part of a volume in the new Routledge reprints in planning history.

The Labour Party and the Politics of Housing in Manchester and Salford 1945-1987.
Source: Leverhulme
This housing project started in 2001 with a Leverhulme grant which focused on policy, housing and the Labour Party. It also included Professor Steve Fielding and Dr. Andy Walling. Initial findings were published in a joint article in Twentieth Century British History.