Professor of Medieval Literature / Director of Research, Impact and Engagement 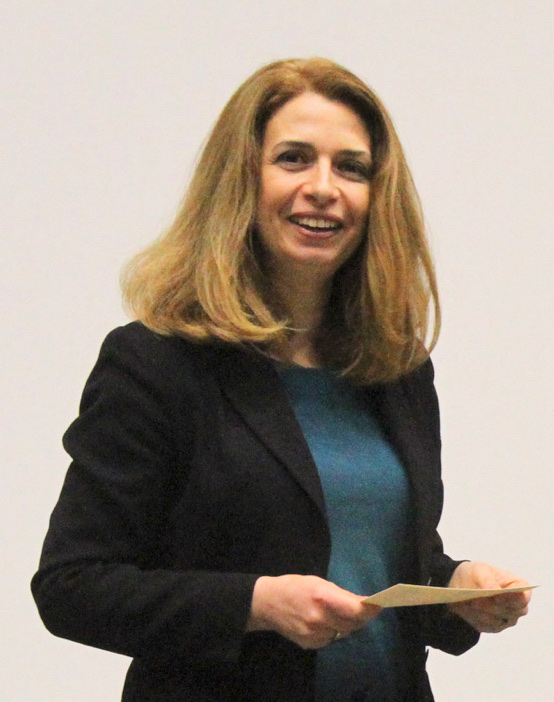 Director of the Centre for Arthurian Studies in the College of Arts, Humanities and Business and elected Vice-President of the International Arthurian Society - a scholarly society with more than 800 individual members, and 300 institutional members world-wide.

I am a Fellow of the English Association, of the Royal Historical Society and of the Learned Society of Wales, and serve on the General Purposes, as well as the Early Career researcher development, committees of the latter.

I am a Senior Fellow of the Higher Education Academy. In 2017 I was awarded a Bangor Teaching Excellence Fellowship.

My research focuses on late medieval literature and culture, more specifically Arthurian and non-Arthurian romances (Thomas Malory and popular romances), medieval chronicles (the Brut tradition and genealogical rolls), political culture and gentry studies. Overall my approach is informed by book history and cultural history - in particular the identification of trends, be they related to the emergence of a group's or individual's identity, political propaganda, or other. In recent years I started working on two other related projects, one engaging with the cultural importance of the medieval miscellany as a repository of literary and non-literary texts, the other focusing on medieval identity as expressed in visual representations (starting with heraldry but extending into art forms).

My research covers English, French and other continental romance languages and traditions, reflecting my trilingual background (Romanian, French, English) and other languages I have different levels of proficiency in (Italian, Spanish, Russian) or use in academic research and/or literary translation (Latin, Old French, Old English).

I have been involved in, and continue to undertake, literary translation projects. My latest is a translation of the ninth-century Irish poem Pangur Bán, into Romanian, for the Trinity College Dublin Centre for Literary Translation (a collaborative project published in 2017).

I continue to write and edit poetry in English, Romanian and French.

I teach medieval literature (the first year module QXE1003 Heroes and Villains: Introduction to Medieval Literature; QXE2101 Beowulf to Malory; and specialist modules QXE3034 Arthur: Legend and Super Hero; QXE3094 Realms of Magic - the latter on the development of modern fantasy from the medieval genre of romance), literary and critical theory, the history of the book, palaeography (which I reintroduced in the curriculum at Bangor University from 2005), medieval romance, Arthurian legend (medieval to present), travel literature (classical to present), children's literature and modern fantasy. I am interested, also, in translation and adaptation, particularly in modern fantasy into film, including Lord of the Rings and Game of Thrones.

In July 2017 I was awarded a Bangor Teaching Excellence Fellowship. I am also a Senior Fellow of the Higher Education Academy.

I have supervised 6 research students to completion:

Ambra Finotello, PhD, 'Transformations of the Merlin Legend in Late-Medieval England: Contextualizing Translation in Of Arthour and of Merlin, Henry Lovelich’s Merlin, and the Prose Merlin' (PhD, 2014)

Anastasija Ropa, PhD, 'Representations of the Grail in Medieval and Modern Literature' (PhD, 2014)

Isra'a Alqallab, 'The History of Emotions and Medieval Romance: King Horn, Guy of Warwick, and Sir Gawain and the Green Knight' (PhD, 2019)

I am currently supervising 3 PhD students:

Audrey Martin, 'Heroes and Anti-Heroes in Geoffrey of Monmouth and his continuators' (writing up)

I welcome postgraduate projects linked to any of my areas of research interest.

I have been a member of the committee of the Association for Manuscripts and Archives in Research Collections (AMARC) for 15 years (2006-21), and an AHRC peer review college member for ten years (2007-2017). I sat on the AHRC panels for individual fellowships, Main grants and Leadership Fellows for several years, and I have been an assessor of HERA applications.

I am a regular consultant and contributor to radio and TV programmes in the UK and internationally on the Arthurian legend and medieval studies. I have written articles for The Conversation (2015, 2016, 2017, 2018, 2020), and given interviews for the local and national press.

Most recently, my consultancy with Royal Mail has resulted in a limited series of stamps on the topic of Arthurian legends, and an associated article in their Yearbook (2021).

Other invited lectures and media appearances include:

I was a research fellow at New Europe College, Institute for Advanced Studies, Bucharest, Maison des Sciences de l’Homme (Paris) and the Huntington Library (as Andrew Mellon fellow) and a visiting researcher at Harvard University.