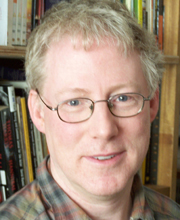 My main areas of research are in screenwriting history, screenplay texts, and intermedial studies. I am currently working on two book-length projects: a study of David Mamet, screenwriting and film authorship, and (with Adam Ganz) an analysis of Robert de Niro's screenplay annotations. Robert De Niro and the Working Screenplay will be published by Palgrave Macmillan in 2020.

Recent book publications include a critical edition of Twelve Angry Men (Bloomsbury, 2017), Storyboarding (with Chris Pallant) (Palgrave, 2015), and A History of the Screenplay (Palgrave, 2013).

I remain on the editorial board of the Journal of Screenwriting, of which I was Editor from 2014 to 2019.

I am currently superving PhD students working on screenwriting in Malta, Arabic editions of the Tintin stories, and Jon Ronson. Previous doctoral students successfully completed projects on the technological history of the Walt Disney studio, narration in the screenplay text, and Oscar Wilde and postmodern thought.

Steven Price is Professor in Modern and Contemporary Literature and Film, and undergraduate course director in English Literature.