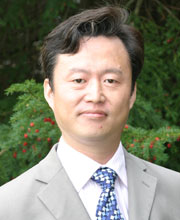 Dr Wei Shi is Reader in Law in Bangor University. Having spent five years working as a judge in a court in Shandong Provence in the late 1980s following the completion of his undergraduate studies, he returned to academia and obtained his Masters degree in law in Renmin University of China, Beijing. He then took up a lectureship at the Law School of Shandong University, and taught there until 2000. Under the auspice of the EU-China Higher Education Cooperation Programme, he worked as a Visiting Fellow at the Lauterpacht Centre for International Law from 2000 to 2001 before embarking on his PhD in International Law at St John’s College, University of Cambridge. His PhD addresses the multifaceted issues of intellectual property rights enforcement in the world trading system from EU-China perspective.

Wei has carried out varieties of administrative roles:

Wei’s work has been cited by some world leading law journals, for example:

Wei teaches varieties of modules at both undergraduate and postgraduate levels: