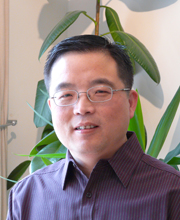 Prof. Jianming Tang received the PhD degree in Optoelectronics from Bangor University in 1999. His PhD dissertation research in nonlinear dynamical and spectral effects in semiconductor laser devices was completed within two and a half years, the minimum time allowed by the regulations of the university. Immediately after obtaining the PhD degree, he joined Bangor University as a postdoctoral researcher working on picosecond optical switching and ultrafast nonlinearities of semiconductor optical devices. His four years of research in Bangor (1996–2000) generated 73 papers published in refereed professional journals and national and international conferences.

From 2000 to 2004, he joined Nortel Networks, Harlow, UK as a Research Engineer. He was actively engaged in a wide range of market-oriented research and development activities including, for example, optical amplifiers, optical transceivers, optical and electrical signal processing, high-speed optical signal transmission in long-haul, metropolitan and access networks. During his four years employment with Nortel Networks, he carried out a number of world-leading research projects, and produced 50 detailed technical reports released in the company.

In 2005 he rejoined Bangor University as a Lecturer, and was promoted to Senior Lecturer in 2007 and a Personal Chair in 2011. He has developed and leads a highly productive research team undertaking cutting-edge research in optical transmission, dynamic networking and ultrafast optical switching for future optical networks. Over the past six years (2005–2011), as a principal investigator/project coordinator, he has captured thirteen research grants of approximately £3.8M in total from various funding bodies. He has also published more than 100 papers and filed 7 patents. In addition, he is actively involved in other research-related professional activities such as delivery of invited talks/seminars, co-chair/member for conference programme committees, reviewer for grant awarding bodies, professional journals and patent offices. He won The Royal Society Brian Mercer Feasibility Award in 2008. He was appointed as a Fellow of The ERA Foundation in 2008 and a visiting Professor of the University of Electronic Science and Technology of China in 2006.