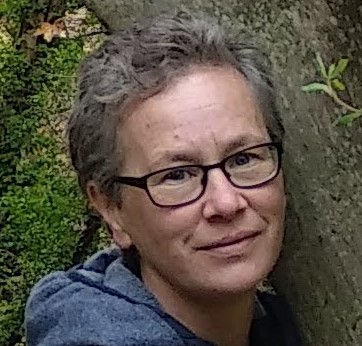 Martina joined the Bangor University in 2007 and has since undertaken a range of research projects relating to the workings of the criminal justice system, including policing, the changes to probation, and questions of penal policy. Martina is a member and Co-Director of the ESRC funded WISERD Civil Society Centre; and is a Co-Director at the Welsh Centre for Crime and Social Justice.

Martina has a strong interest in the use of mixed methods research and the secondary analysis and visualisation of existing datasets.

Loftus, B. and Feilzer, M.Y. (2019-2020). Checkpoint Cymru: A process evaluation of the introduction of a custody suite diversion scheme in North Wales.

Feilzer, M.Y. and Machura, S. (2019-2020). Exploring the impact of Domestic Violence Protection Notices on victims and perpetrators of domestic violence.

This project follows on from the pilot below and seeks to explore the views of probation workers about government intentions to marketise and part-privatise the service’s functions, as outlined in Transforming Rehabilitation. Transforming Rehabilitation proposed the creation of ‘Community Rehabilitation Companies’ (CRCs) which will in due course be subject to marketisation and privatisation and a new National Probation Service, which will be part of the civil service. Using an online survey, we are exploring probation practitioners’ views of the transition process and the new set-up on probation practitioners’ values, expectations of probation services, and the legitimacy of probation work.

The research aims to provide an evidence base to inform future policy and practice developments relating to the IDVA service across North Wales. This will ultimately help to better meet the needs of people affected by domestic violence living in the area.

North Wales Police is rolling out ‘value-based decision making’ in operational policing across the force area.The concept of value based decision making (VBDM) can be described as affording staff greater discretion in determining the most appropriate resolution for minor crimes, incidents, and road traffic offences. It is an essential element of the force’s drive to provide an increasingly ‘citizen-focussed’ service, and is intended to increase the trust and confidence of people in policing services, as well as improving efficiency through streamlined processes. The research will monitor the impact of the training in value-based decision making on operational practices, including aspects of operational policing such as detection rates, and its impact on police officers’ and the public’s perceptions of frontline policing.

Feilzer, M., Plows, A., Williams, K., and Yates, J. (2010-2011), collaborative project of WISERD and WCCSJ (Welsh Centre for Crime and Social Justice), Bangor and Aberystwyth Universities.
An evaluation of the Women’s Turnaround Project in North Wales

The Women’s Turnaround project aims to engage women offenders so that they make necessary changes to stop offending, following a holistic, woman-centred, service model recommended by the Corston Report in 2007. The research will explore the women’s and stakeholder’s perspectives on what women need and whether the Turnaround project in North Wales has helped women to move forward in achieving their targets. Using a mixed methods approach, the research will evaluate whether the project has altered the behaviour/life-styles of the women participating in the research and how far any changes were internalised (from the perspective of the women) rather than just an external perception (on the part of workers). The research explores these questions in relation to the Women’s Turnaround project based in the Women’s Centre in Rhyl, North Wales.

Feilzer, M. and Javed, F. (2010)
Policing the Muslim Community in North Wales: Negotiating the demands of community policing and counter-terrorism

Muslim communities in the UK have become the target of adverse media coverage; increased and mainly adversarial police attention as part of counter terrorism measures; and, in some areas, increased racially motivated crime. Additionally, young Muslims have felt the effects of an identity crisis as British Muslims negotiating traditional cultural and religious values and the demands of the majority white British culture surrounding them, while defending themselves against suspicions of religious fundamentalism, radicalisation, and terrorism. The research explores how North Wales Police can better engage with the local Muslim community, in particular, women and young people, for the purpose of counter-terrorism as well as community policing. Thus, the proposed research explores strategies to build relations between the police and Muslim communities in the particular context of North Wales.

Feilzer, M. with Yener Altunbas and Shanti Chakravarty (2008)
Interrogating the British Crime Survey from a local perspective: The case of North Wales

The British Crime Survey (BCS) is a national victim survey which assesses experiences of crime, the behaviour of victims of crime in regard to reporting of crimes to the police, and survey respondents’ attitudes to, and confidence in, the criminal justice system and its main agencies. Certain components of the BCS are now used as performance indicators which contribute to the assessment of local police force performance. This is a fairly new development and there has been limited academic discussion of the suitability of the BCS for this purpose. This research responds to concerns about the use made of BCS data in performance management and allocation of resources at a /local/ police force level. The research will explore the suitability, validity, and reliability of BCS data for performance management, production of crime estimates, and resource allocation on an individual police force level; and include a secondary analysis of British Crime Survey data using a context-sensitive ‘bottom-up’ approach.

Coping with, and responding to, prison overcrowding: a study of Nigeria’s prisons.

The conflict between procedural justice and managerialism in operational policing.

Contribution to Lammy Review of BAME representation in the Criminal Justice System, May 2016

Paper: A New Era for Youth Justice? Exploring the dramatic fall of young people going through the Youth Justice System and its meaning for youth justice.

Papers: Questions of legitimacy in probation practice after transforming rehabilitation; A New Era for Youth Justice? Exploring the dramatic fall of young people going through the Youth Justice System and its meaning for youth justice.

2016: European Society of Criminology Conference
Paper: Developing the concept of public narratives: What to measure, how to measure, and what for?

2015: Keynote at Welsh Centre for Crime and Social Justice Annual Conference. Privatising Probation: Is Transforming Rehabilitation the end of the probation ideal?

2015: Britain in Europe conference
Paper: Seeing through the Communication Fog – who is saying what on human rights?

2013: Open Symposium: Probation and Offender Management: The prospects and pitfalls of marketisation. Cardiff, Dec. 2013. Convened and chaired with John Deering and WCCSJ.

2013: Welsh Centre for Crime and Social Justice Conference, Gregynog
Paper: Moving from the public to the private in probation.

2011: Invitation to attend a Public, Crime and Justice workshop in Edinburgh to advise the Scottish Government on Policy development.

2007: Annual meeting of the Law and Society Association
Paper: The Magic Bullet? Educating the Public about Crime and Criminal Justice

2006: Justice, Media and Public: a one-day workshop.
Paper: The impact of factual information on crime and criminal justice

2005: XVth European Conference on Psychology and Law
Paper: The impact of a factual newspaper column on readers of a local newspaper

2005: British Society of Criminology Conference
Paper: The impact of a factual newspaper column on readers of a local newspaper