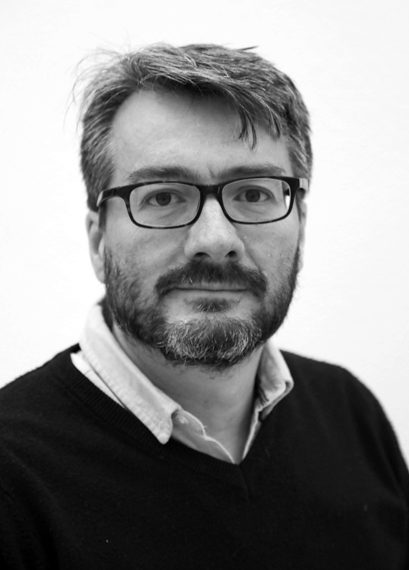 Pwyll ap Siôn is a musicologist and composer. He read music at Magdalen College, Oxford, graduating in 1990. He studied composition at Bangor University with John Pickard, and also with Martin Butler, receiving his PhD in 1998. He has been a member of staff at the School of Music since 1993.

His research and teaching interests include minimalist and postminimalist music, Michael Nyman, Steve Reich, tonality in the twenty-first century and reference and quotation in contemporary music. In 2014–15 he received a Research Grant by the British Academy to undertake work on the impact of American Minimalism in Europe during the 1970s and in 2016–17 was awarded a Leverhulme/British Academy Research Fellowship to carry out research on the music of Steve Reich. His volume on the composer, Rethinking Reich, co-edited with Sumanth Gopinath, will be published by Oxford University Press in 2019.

Forthcoming publications include chapters in Howard Skempton Conversations and Reflections on Music, edited by Esther Cavett and Matthew Head (Boydell Press, 2019) and Einstein on the Beach: Opera beyond Drama, edited by Jelena Novak and John Richardson, as part of Routledge’s Interdisciplinary Studies in Opera.

In 2007, he co-organized the First International Conference on Minimalist Music and helped establish the Society for Minimalist Music. His monograph on The Music of Michael Nyman (Ashgate, 2007) was described in Music and Letters as a ‘groundbreaking study . . . it represents a substantial contribution to musicology’. Two edited volumes were published in 2013: Michael Nyman: Collected Writings and The Ashgate Research Companion to Minimalist and Postminimalist Music, the latter co-edited with Keith Potter and Kyle Gann (both Ashgate).

He has published articles and reviews in The Soundtrack, Twentieth-Century Music and Journal of the Society for Musicology in Ireland, produces regular reviews for Gramophone music magazine and contributes articles for The Strad. He has been invited to talk about minimalist music on Radio 3 and Radio 4 and given public lectures on the music of Philip Glass and Louis Andriessen at the Barbican Centre, London.

He has served as external examiner on undergraduate and masters' programmes at Canterbury Christ Church, Cardiff, Middlesex, Trinity St. Davids and Wolverhampton Universities (and is currently external examiner at Aberdeen University), and has examined doctoral work at Aberdeen, Cardiff, Edinburgh, Goldsmiths, Middlesex, Newcastle, Perth and Southampton. He also served as jury member for the BBVA Foundation's prestigious Frontiers of Knowledge awards in Contemporary Music in 2017 and 2018, with the recipients of the award being Sofia Gubaidulina and Kaija Saariaho respectively.

Ap Siôn has also published in the area of Welsh popular and Celtic music. His Cydymaith i Gerddoriaeth Cymru (Companion to Welsh Music), co-edited with Wyn Thomas, was published in 2018, receiving funding from the Welsh Federal College (Y Coleg Cymraeg Cenedlaethol).

As composer, Pwyll ap Siôn has received many commissions, including The White Wheat, a test piece for solo violin for the 2008 Yehudi Menuhin International Violin Competition (the score was published in The Strad magazine), the Opera/Oratorio Gair ar Gnawd (‘Word on Flesh’) for Welsh National Opera, and Sevi for Soprano, String Orchestra and Piano, first performed by Elin Manahan Thomas in Wales and Cornwall in 2013. His orchestral work Gwales was included in the North Carolina Symphony Orchestra’s 2012 season. He has also produced music for film and television documentaries, including Channel 4’s Cutting Edge series. In 2016 his song-cycle Chaotic Angels received its first performance at St. David’s Hall, Cardiff, with Celine Forrest (soprano) and the orchestra of Welsh National Opera conducted by Löthar Koenigs, receiving a favourable review in Bachtrack.