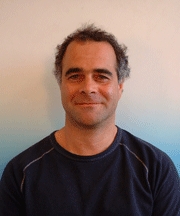 Dr McFarlane’s group is interested in how cancer cells utilise germline / stem cell genes to control cell proliferation and genome dynamics. They are particularly interested in genes that regulate genome stability and cell division. His team not only works with human cancer cells and model organisms, but they also use human embryo stem cells and induced pluripotent stem cells. The ultimate aim of their work is to contribute insight to enable them to develop new diagnostic and patient stratification technologies and to identify and exploit new anti-cancer drug targets.

Dr McFarlane has served as a full member of the North West Cancer Research Committee for 5 years. He has reviewed regularly for international funding bodies and journals and has served as external Ph.D. examiner for a large number of national and international institutions.

‘’My research is aimed at ultimately benefitting cancer suffers and I chose to come to Bangor University for the unique opportunities it offered.’’

Dr McFarlane’s previous research has been aimed at understanding how complex organisms, such as humans, regulate and maintain genetic stability to avoid genetic disease such as cancer. Key findings in his group include the discovery that the mechanism that drives most caners, failures in DNA replication, does not occur uniformly throughout the genome (e.g., Pryce et al. 2009 Proc. Natl. Acad. Sci. USA 106, 4770-4775) and, more recently, that a highly conserved set of proteins control the terminal regions, the telomeres, which are important in cancer progression and human aging (Gomez-Escobar et al. 2016 Oncotarget in press). They have extended their work to identify a large cohort of new cancer biomarker genes (e.g., Feichtinger et al. 2012 Oncotarget 3, 843-853; Feichtinger et al. 2014 Int. J. Cancer 134, 2359-2365) and are currently exploring ways in which the products of these genes can be used for the development of new drug targets.

Practical applications/impact of findings to date

We have identified a large number of cancer-specific genes. These can be exploited in a number of way. Firstly, their expression profile can be used to stratify patients to select therapeutic strategies. Secondly, they have great potential in the development of early diagnostic technologies. Thirdly, they provide unique therapeutic targets, including direct drug targets and targets for immunotherapeutic based strategies. Additionally, we have developed computational tools that enable the wider community to explore the cancer specificity of groups of genes they may be working on in a more systematic fashion (e.g., Feichtinger 2012 et al. Database 2012 bas055).

On arriving at Bangor I established the North West Cancer Research Institute in collaboration with the regional cancer charity, North West Cancer Research. This has resulted in a dedicated group of research team leaders in Bangor with a focus aimed at understanding genome dynamics in cancer. These teams, and the associated, technology base, make this an excellent place to conduct cancer research within Wales. We are also part of wider Welsh and North West regional cancer research networks.